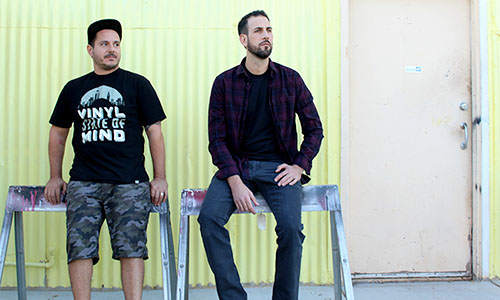 Sound and Color, a mixed-use space that will host a design studio, vinyl retail store, gallery space for art shows and more, will open on Grand Avenue in January.

Frost Design Studio and Grand Avenue Records will share the space, located on Grand Avenue north of Roosevelt Street. The businesses hosted a small preview at the 2015 Grand Avenue Festival.

Co-owners of Sound and Color Ian Frost and Konstadinos “Cocoe” Tsimahidis met through the music and art scene in Phoenix and have worked on several projects and events together over the last several years. Because of their shared tastes in art and business, they decided it was time to get a space together to house their businesses and share their love of design and music.

“It was totally natural, and we felt like it was presented to us at the right time,” Tsimahidis said. “We’re community people so we felt like this would be a great opportunity for us to kind of do our part in the community.”

Sound and Color will have many different faces and be a space where the local music and arts community can discover and share their craft.

Frost and Tsimahidis are connected to the local music scene and said it should not be too hard to find and attract other local artists to enjoy and perform at the space.

“We just kind of want to do our part and give people a little platform to come and share their music and not feel weird about being in a record store and, you know, actually talking about tunes and sharing music,” Tsimahidis said. “First and foremost, you know, you’ve got to share the music.”

Unlike other local record stores that carry a large variety of genres and media, Grand Avenue Records will focus on the vinyl community that is interested in dance music and DJ records.

“We’re very supportive of the DJ culture and the traditional DJ culture here in Phoenix, and so we wanted to kind of have almost like a barber shop for vinyl enthusiasts,” Tsimahidis said.

The other half of Sound and Color is a graphic design branding studio. Frost Design Studio does everything from interior design and murals to branding campaigns and logo identities.

Frost used his design skills to redo the district’s mural map at this year’s Grand Avenue Festival. Tsimahidis also got involved by donating temporary tattoos for the children in attendance.

Sound and Color will be open and hosting curated events at every First Friday. Frost is also trying to bring in people from the local design community to hold lectures and other events.

“We picked Grand Avenue just because of the location and it’s kind of that last thriving art community that feels non-gentrified so everyone’s there for a reason and a cause,” Frost said. “We kind of want to be involved in that, and be a part of that, and embrace it and all that.”

Beatrice Moore, a local artist and owner of several Grand Avenue properties, said it is nice to have business owners who do more than go to their properties, do their work and go home.

Sound and Color will have a soft opening during First Friday on Dec. 4 and will officially open its doors to the public in mid-January.

Contact the reporter of ASU’s Downtown Devil at mallory.prater@asu.edu 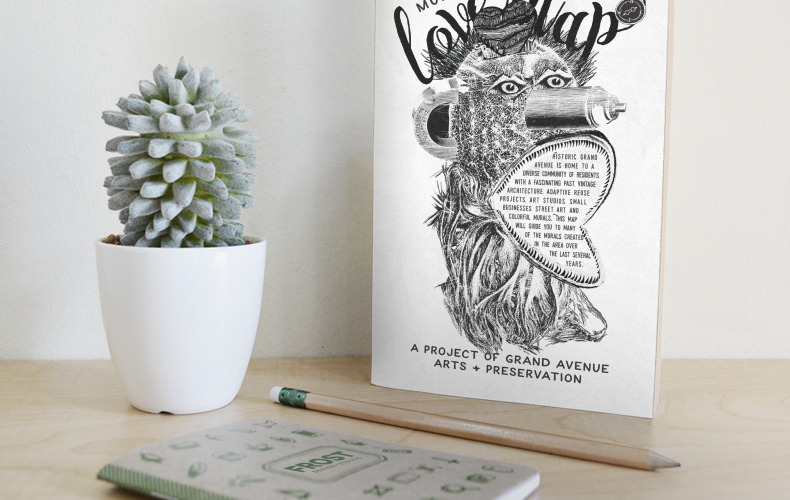 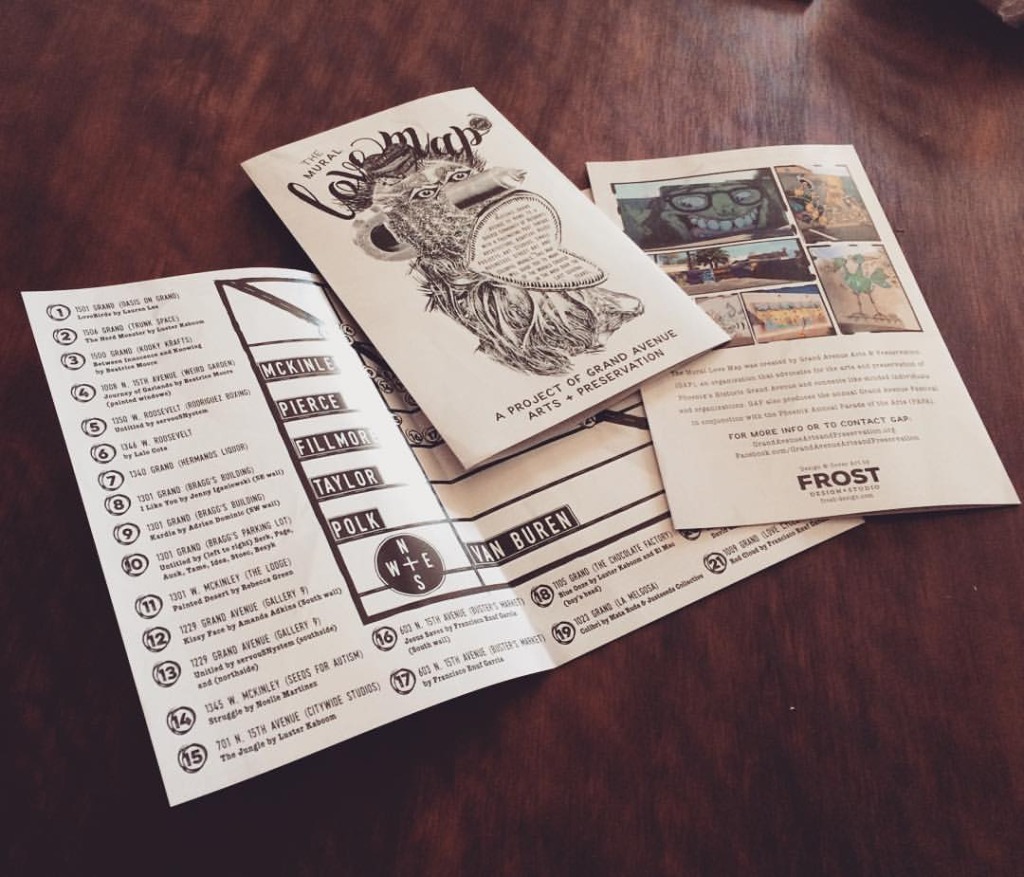 Who works on Saturday?! We do when a project revolves around the local arts & community. Wrapping up a design project for Phoenix’s Annual Grand Avenue Arts Festival in the Grand Avenue Arts District. Grand Avenue Arts & Preservation puts forth all their time & effort to bring a diverse event every year. We were happy to be on board for designing The Mural Love Map. There will be a large print of ‘Love George’ at Frost Design Studio (located in Sound & Color) – 1504 Grand Avenue on November 14th, 2015, along with other featured artists. There will be an after party which will feature various Phoenix DJs selecting their favorite records. The Sound & Color space not only hosts Frost Design Studio but also Grand Ave. Records, which carries eclectic vinyl and goods. 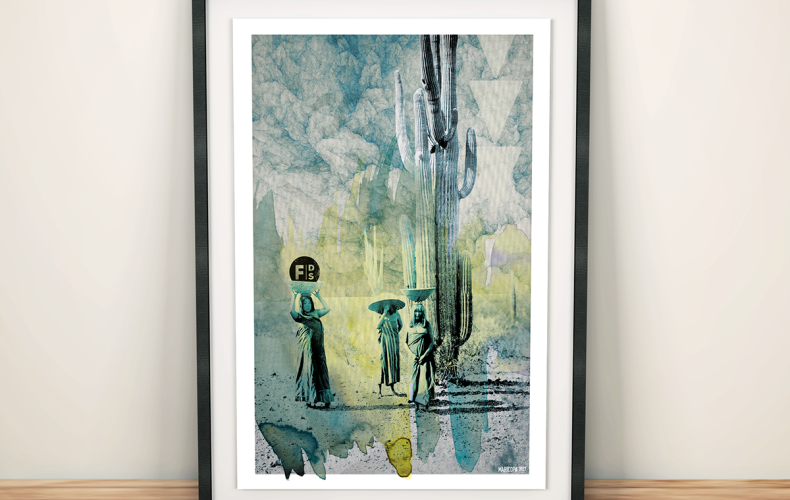 Frost Design Studio is producing a new series of limited prints that captures the history of Arizona and its culture. We are excited to share them with the Phoenix, Arizona community. For more info, email: ian@frost-design.com. 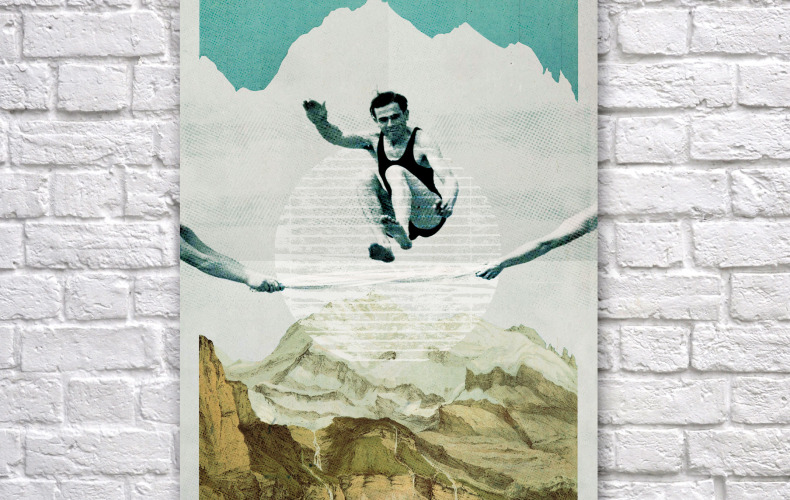 Frost Design Studio was asked by the GDSSA (Graphic Design Senior Student Association) to submit a print for ASU’s 2015 Poster Design Show. All earnings from the poster show will benefit GDSSA and provide their class with the means to cover their end-of-the-year senior thesis show that entails the cost of exhibition materials, print collateral and securing a space to show their work to the public in Phoenix, AZ. We are very excited to be included! 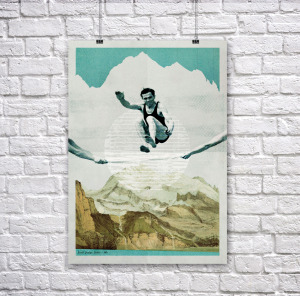 We will also have a few extra copies of this print available.
Please email, ian@frost-design.com for more info. 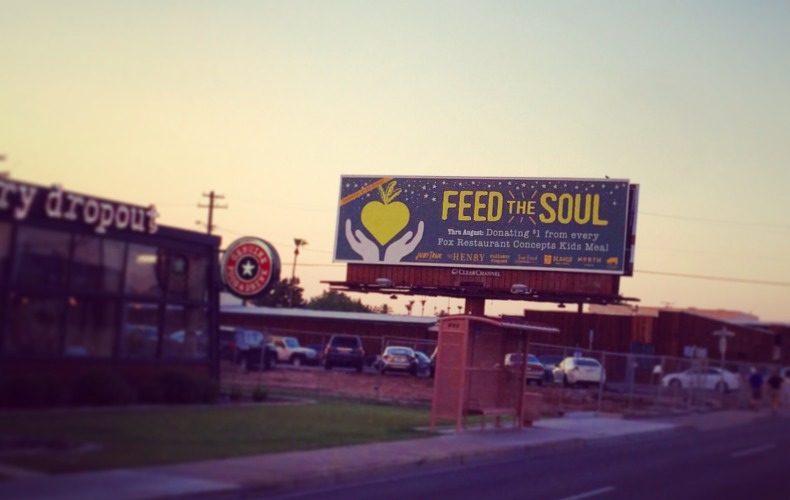 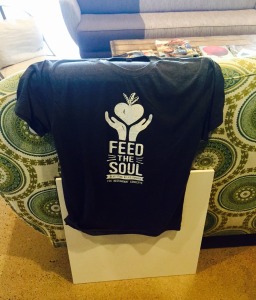 Learn more at Feed The Soul. 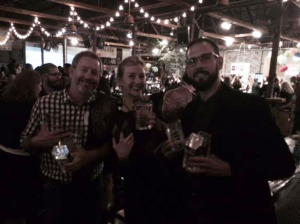 Brought in gold & silver ‪Phoenix ADDYs over the weekend with our indisputable client, Fox Restaurant Concepts. In addition, their creative team took home a few handcrafted champion belts. Thank you to the Phoenix AD Club & Kitchen Sink Studios for a flawless job on hosting.

We have been invited to participate in the Phoenix Portfolio Review at Arizona State University.

We are happy to announce the website of Frost Design Studio. We hope you enjoy all the labor we have put towards the build & design.